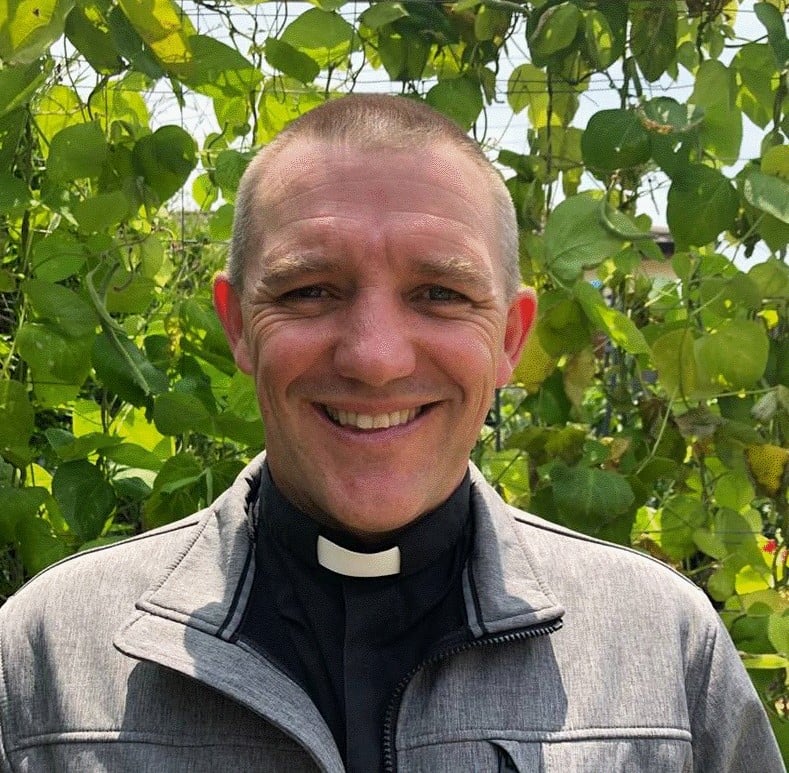 Pope Francis has named Fr Michael Gielen from Hamilton Diocese as Auxiliary Bishop for Auckland. Bishop Patrick Dunn, after many years of waiting for an appointment of an assistant bishop, is delighted with the appointment and knows that our new Bishop-elect, who is already well known in the diocese, will be warmly welcomed by priests and people alike.

On the announcement, Bishop-elect Gielen said, “I am very grateful to have served as a priest in the diocese of Hamilton over the last twenty years. I now accept this new call in God’s service aware of my need for God’s help and thankful for this opportunity to serve alongside the people of the diocese of Auckland.”

Fr Gielen is 48 years of age and is the son of Henk and Maureen Gielen of Mount Maunganui,  and is the eldest of six children. His father Henk is a Permanent Deacon for the Hamilton Diocese. Fr Michael completed his secondary schooling at Forest View High School in Tokoroa where he was Deputy Head Boy.

After two years working as a Court Officer in Tokoroa, he began training for the priesthood at Holy Cross College in Mosgiel and was ordained a priest on 29 November 1997 at St Pius X Catholic Church, Tokoroa.

Fr Gielen is a keen sportsman and enjoys cricket, rugby, cycling and golf.

He worked as an Assistant Priest at Gisborne and then as Parish Priest at Frankton before undertaking postgraduate studies at the Franciscan University of Steubenville in USA when he graduated with an MA [Hons] in Theology.

From 2007 he served as Parish Priest for Mt Maunganui and Te Puke, and also Vocations Director for Hamilton Diocese before being sent abroad again  for further studies, this time in Rome where he gained an STL [Hons] from the Gregorian University.

Since 2014 he has been Director of Formation at Holy Cross Seminary in Auckland, where he will continue to work until arrangements can be made to replace him.

His episcopal ordination will take place in our Cathedral on Saturday 7 March 2020.

Please pray for Fr Michael Gielen as  he prepares to be ordained Auxiliary Bishop of our Diocese.